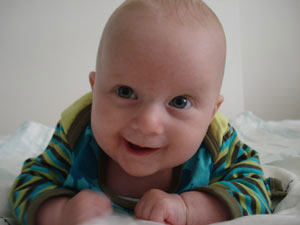 During pregnancy, acupuncture can assist women with:

Breech position – in acupuncture, a safe procedure involving ‘moxibustion’ ( a moxa stick applying heat to points on the feet of the pregnant woman) is carried out between 34-37 weeks gestation, (it is important to start the treament as soon as possible from week 34 as the treatment needs to be continued at home for a total of ten days). Women and their partners can be shown how to apply the moxa at home and use it until they feel the baby turning (anything between 1-10 days). This procedure has a high success rate in turning breech babies. In a study of 260 women with breech presentation carried out in Italy, 130 women were treated with moxibustion for 7 days (if the baby had not turned, treatment was continued for a further 7 days), and another 130 women formed a control group. 75.4% of the babies in the moxibustion group turned, compared to 47.7% in the control group. See “Moxibustion for Correction of Breech Presentation” by F. Cardini and H. Weixin, 1998.

Pre-birth treatments – from about week 37 of the pregnancy,  pre-birth acupuncture carried out on a weekly basis can help prepare a woman’s body for labour. Treatments are focused on helping the baby to descend into the pelvis, to soften and ripen the cervix and to address any medical conditions such as pregnancy-induced hypertension. Pre-birth acupuncture treatments also help the woman to feel calm and more relaxed as she prepares for childbirth.

A German study demonstrated that the mean duration of labour in a group of women giving birth for the first time was reduced from 8 hours 2 minutes in the control group (70 women) to 6 hours 36 minutes in the group of 70 women who had received pre-birth acupuncture.

Midwives in New Zealand comparing 2 groups of pregnant women, one group having acupuncture treatments pre-labour, the other no treatments, reported significantly shorter labour times for the women who received the acupuncture and a reduced rate of medical intervention and caesarean sections. See “The Essential Guide to Acupuncture in Pregnancy & Childbirth” by Debra Betts, The Journal of Chinese Medicine, 2006.

Acupuncture induction – Under the NHS, women are often being booked in for a medical induction a few days passed their “due-date”. This can feel very stressful for women, especially first time mothers, feeling that they are under pressure to birth their baby. If foetal monitoring shows that the baby is fine and the mother-to-be is in good health and wants to try for a natural labour, acupuncture induction is a very safe and often successful way to encourage the start of labour in women who are post term, (post their ‘due date’).

ACT – I am a founding member of The Acupuncture Childbirth Team Brighton & Sussex (ACT Brighton & Sussex) a group of acupuncturists who all have a common interest in enhancing fertility, pregnancy and the birth experience for women and their partners using our knowledge of acupuncture and Chinese Medicine. We treat women and men trying to conceive and during pregnancy. We are also available to attend births and provide post-natal treatments.